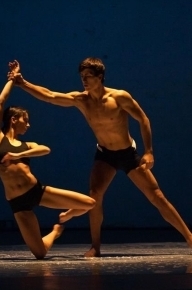 The repertoire of Ballet “Arabesque” contains more than 100 different artistic works. The open stage method has made it possible for choreographers from Bulgaria and elsewhere in the world to put on their own performances, differing in their style.

During its forty-year-long history the Ballet “Arabesque” visited a lot of countries on the five continents around the world; it has taken part in international productions (“Hoffman’s Stories” “The Flying Dutchman”, “Samson and Delilah”, “Carmen”, “Faust’s Curse”, etc. We have also participated in the Opera Festival in Bergents in the period 1987-1992 and in 2001 in the super-production of the opera “Aida” at the SHALKE-04 Stadium in Gelsenkirhen, Germany and STADE DE FRANCE – Paris, France and the dance festivals: “Dance and Beyond” – Detroit, The Festival of the Danube Cities – Austria, “Women Creators of the Two Seas” organized by UNESCO – Thessalonike, “Euro Dance” – Yash, Romania, the Solun Festival “Dimitriya”, Greece, “Monmartre in Europe” – Paris, France, “The Ballet Festival – Istanbul”, Turkey, “Europalia” – Brussels, Belgium, “The 1st Balkan Performing Arts Market” – Thessalonike, Greece.