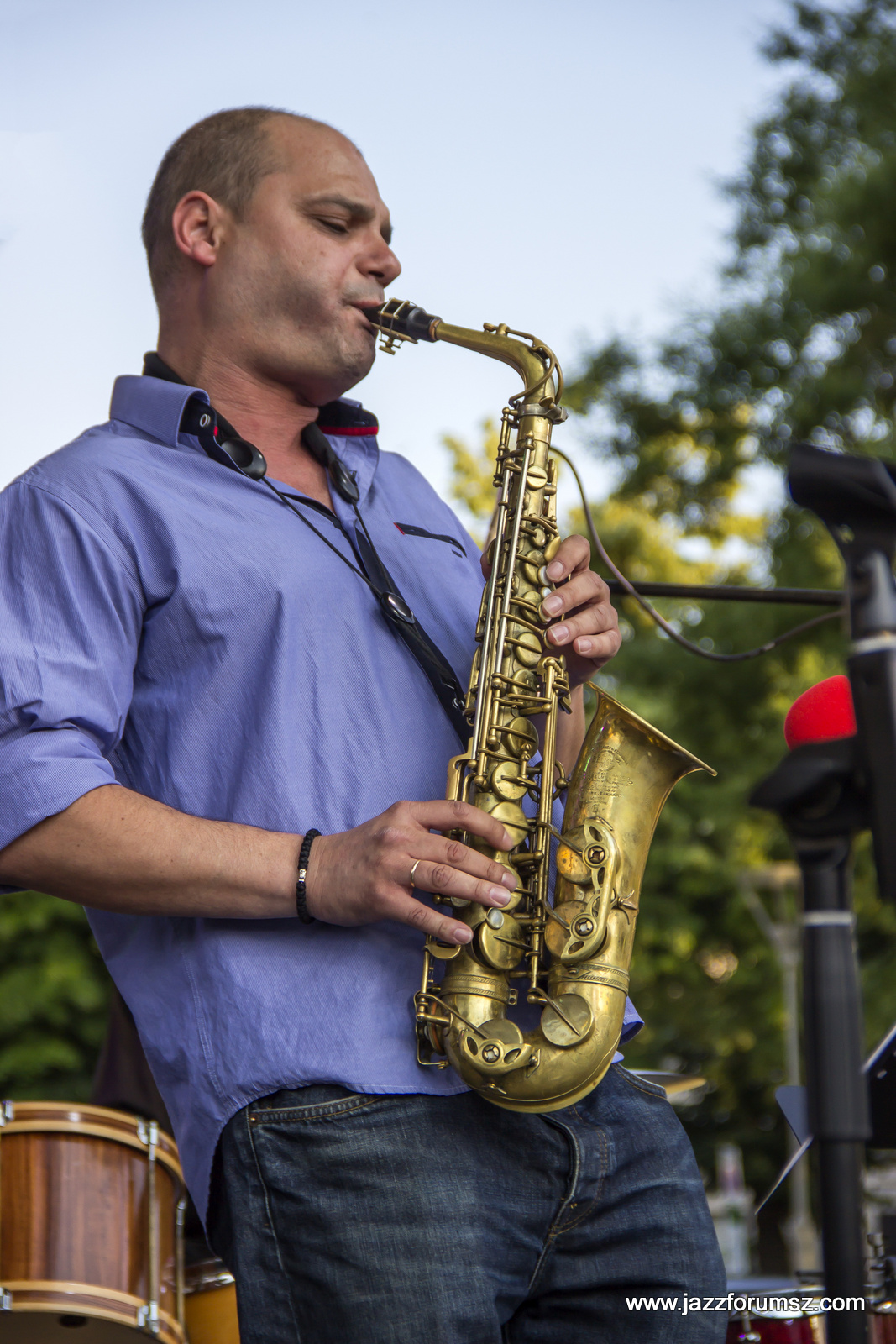 Dimitar Liolev (7/01/1973) is a second generation professional musician. He is the son of Kostadin Liolev - an accordeonist, classical clarinetist, composer and arranger of Bulgarian folk music. Dimitar began studying music at age of five, and saxophone – at age sixteen. He is a graduate of both the Secondary Music School and the Academy of Music in Plovdiv, with piano and fagotto as his majors. His first professional experience followed over a ten year period of working as a musician in pubs, restaurants and wedding celebretaions, performing Bulgarian, Serbian, Turkish and Greek folk music, together with popular music and jazz.

2002: accepted at the Prins Claus Conservatory in Groningen, the Netherlands. There he graduated from the “New York Comes To Groningen” program, under the expertise of such American and Dutch jazz educators, as: Ralph Peterson, Don Braden, David Berkman, Conrad Herwig, Brian Lynch, Dena DeRose, Joris Teepe, Miguel Martinez, Yuri Honing.

2004:reached the finals of the concours “Dutch Jazz Competition”, where he presented his first group “Rakia” on the stage of the prestigeous North Sea Jazz Festival.

2006: established himself in Bulgaria and began a busy recording and performing career with some of the most recognized Bulgarian artist – Theodossi Spassov, Angel Zaberski Jr., Anthony Donchev, Mihail Yossiffov, Hristo Yotsov, Stoyan Yankoulov, Hilda Kazasyan, Lili Ivanova and many more. Started a number of projects under his leadership – a quartet, a quintet and a septet.

2008: Taught at the Academy of Music in Plovdiv. Currently, he is a member of the renown National Radio Big Band, the Brass Association Big Band and sat as a musical director of July Jazz Festival for a few years.

2013: Recorded his debut album “Rhodopology” in a quartet with Anthony Donchev, Boris Taslev and Borislav Petrov.